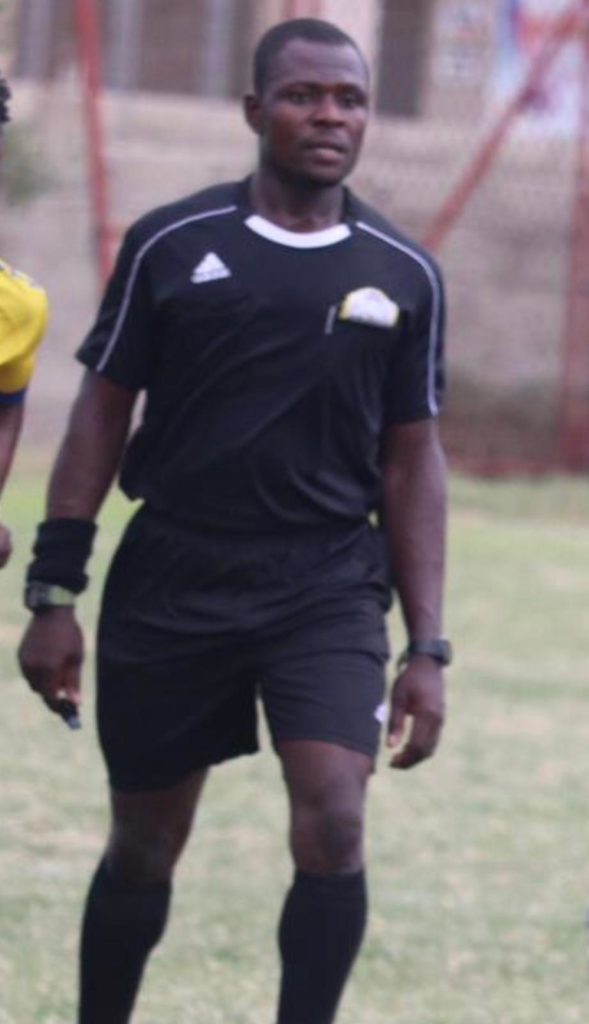 Ambitious Ghanaian side Accra Lions were subjected to monumental robbery by referee Abdul Karim Ganiu on Saturday when he invented a non-existent penalty against them and denied them a perfect goal in their Division One League match against Accra City.

The Wa-based referee singularly undermined the efforts of the Ghana Football Association (GFA) to #BringBackTheLove as he awarded a penalty against Lions without any infringement and his disastrous performance has gone viral.

Referee Ganiu threw away all the rules in the book and embarked on the shameless criminality to ensure that the struggling Accra City secured a 1-1 draw in the match played at the Teshie Military Base in Accra.

The presence of the military men at the venue did not even deter the disgraced match official from carrying out the scandalous refereeing that has sparked widespread outrage and brought the country's game into serious disrepute.

Video replays have seriously exposed the blatant acts of criminality of referee Ganiu that would even dwarf the legendary Hand of God goal scored by Argentine legend Diego Maradona against England at the 1986 World Cup.

While Kurt Okraku was busy touring the country preaching against bad officiating and the violence that has recently rocked the game in recent weeks, referee Ganiu was strenuously undermining the noble efforts Ghana FA President with his brazen act of thievery.

Impressive left-back Joseph Addo put the visitors in the lead with an amazing strike from 40 yards leaving the bungling referee Ganiu with no option than to accept the goal.

But when Rauf Salifu doubled the Lions lead in the second half after collecting the ball from his goalkeeper's goal kick, the match official ruled the goal out for no apparent infringement.

Then referee Ganiu intervened moments later by inventing the non-existent penalty against Lions to ensure that Accra City restore parity even when the ball was not even in the box.

Even players of Accra City were surprised they got the penalty when there is no infringement as the ball was floated from the centre.

Watch the controversial action below

Even neutrals watching the game slammed the performance of match official while players of Accra Lions were fuming for the spot-kick in the second half.

Despite the heavy military presence at the game, tempers of supporters flared as they prevented were prevented from chucking plastic bottles and missiles from the stands.

Accra Lions have become the point of reference of good governance and good club administration in Ghana with their impressive set up that would even shame several clubs in the Premier League.

Their impressive ways of operating have gone to strongly support #BringBackTheLove campaign by the GFA but recent activities by some referees against the club will seriously undermine the efforts they are putting in to support the growth of domestic football.

This is the latest of a series of what looks like a targeted attempt by some match officials to deny the high flying Ghanaian side from progressing to the Ghana Premier League following their impressive start to the season.

The lack of quick action by the judicial bodies of the GFA against these armed robbers masquerading as match official has emboldened them to continue with their dastardly acts.