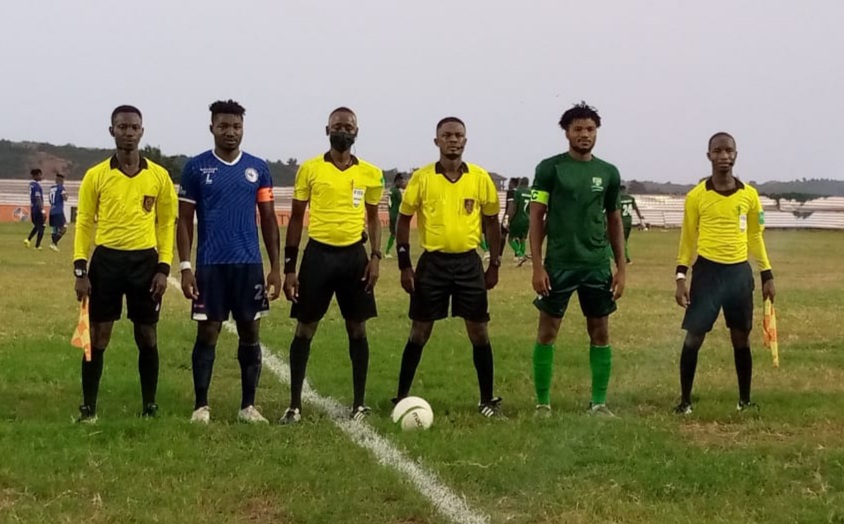 Elmina Sharks FC failed to take advantage of Berekum Chelsea's poor away form to beat them at the Nduom Sports Complex on Monday as they shared spoils.

Sharks threw away their lead in just two minutes as drew 1-1 with Chelsea in the Ghana Premier League.

The home side made four alterations to his squad that drew 0-0 with Eleven Wonders FC in the midweek.

Dennis Mensah and James Bissue returned to the starting lineup taking the places of Samuel Arthur and Clenn Afful respectively.

Gregory Obeng Sekyere paved way for Samuel Adjei between the sticks for the Bibires.

Collins Ameyaw made his first start of the season for the Blues as he replaced Augustine Henneh whiles Nasiru Osman took the place of Micheal Quaicoo.

The hosts opened the scoring in the 28th minute through Bissue who connected a pass from Mustapha.

Two minutes later Stephen Sarfo netted his first goal of the season to pull parity for Chelsea as Kofi Owusu set him up.

Chelsea should have clinched victory with three or four goals but all scoring opportunities that came their way were squandered.

The stalemate takes Sharks' unbeaten run to six with five of them ending draws.

Chelsea have now picked only two points from seven away matches this term.