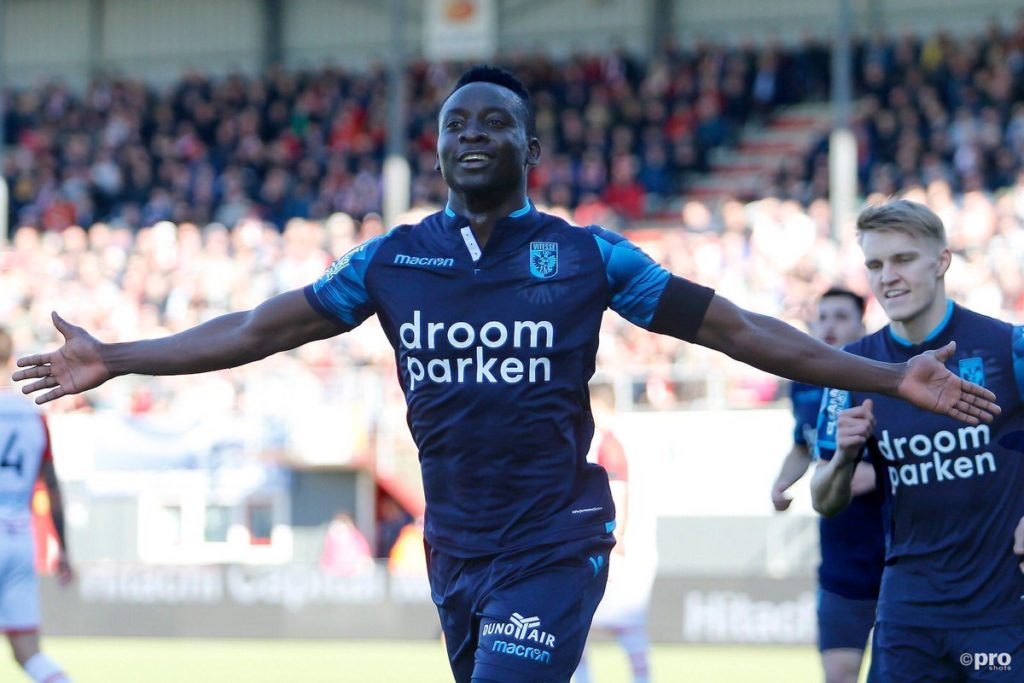 Ghanaian forward Dauda Mohammed got off the mark for Vitesse Arnheim in their 3-0 victory over FC Emmem in the Dutch Eredivisie on Sunday.

The former Asante Kotoko marksman made an instant impact when he poked in from a sweet cross from Clark in the 13th minute to hand the visitors the lead.

He suffered an injury in the 69th minute and was replaced by Thomas Buitink but his performance will surely please the handlers of the Dutch side.

Mohammed was making his first start for  Vitesse in their Dutch Eredivisie match due to the unavailability of two key players.

The 21-year-old will profited from an ankle injury to Algerian striker Oussama Darfalou and the unavailability of  Tim Matavz who failed late fitness test.