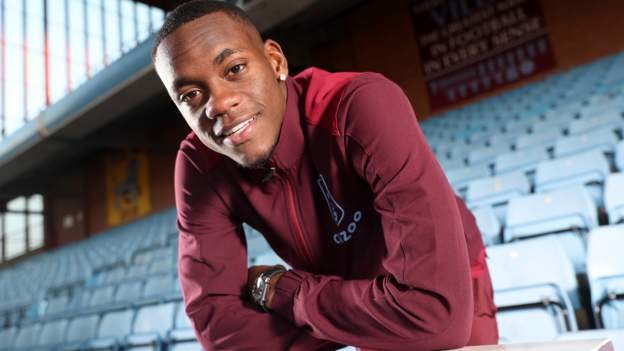 Duran, 19, has scored eight goals and set up six more in 28 appearances for Chicago.

He becomes Unai Emery's second signing at the club and follows the arrival of full-back Alex Moreno for £13.2m from Real Betis earlier this month.

The forward will compete for a starting role with striker Ollie Watkins, who has scored five goals this season, after the departure of Danny Ings to West Ham.

Villa are 11th in the Premier League having won three of their last four league matches.

All the latest Villa news, analysis and fan views in one placeYou can now get Aston Villa news notifications in the BBC Sport app - find out more