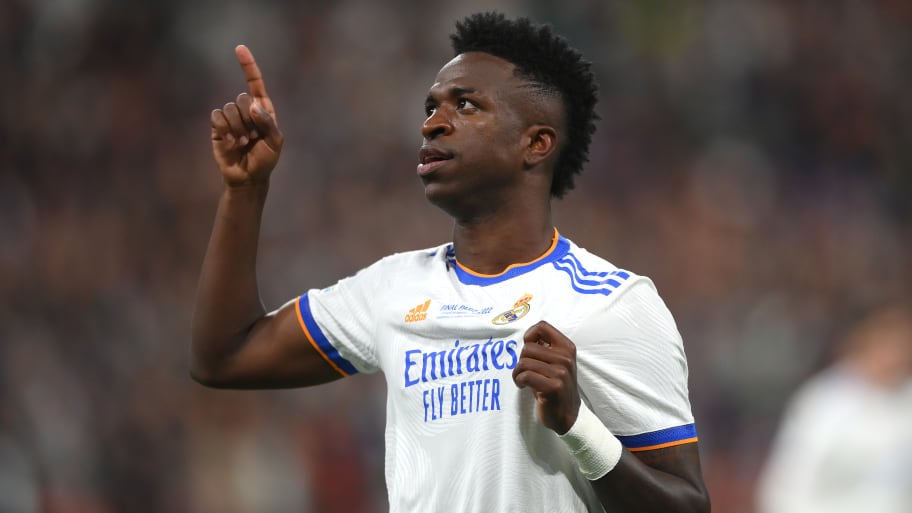 Real Madrid have struck a deal to renew the contract of star winger Vinicius Junior, 90min can confirm.

The 21-year-old has two years remaining on his current deal but, having taken his game to a new level this past season, has spoken openly about his desire to put pen to paper on a new contract.

That feeling has been mutual, with Real desperate to thrash out an agreement after watching Vinicius rack up 22 goals and 20 assists in 52 appearances.

Sources close to the situation have confirmed to 90min that an agreement has been reached, with Vinicius committing to stay at Santiago Bernabeu until 2026. Real have inserted a €1bn release clause into the deal.

“I will continue at the biggest club in the world, Real Madrid," Vinicius confirmed to Sportv recently, with an announcement on his deal expected in the near future.

Real president Florentino Perez recently claimed that Vinicius had rejected offers from a number of overseas clubs in order to commit his future to the La Liga champions.

"Nobody wants to sell Vinicius," he told El Chiringuito. "I think he's going to win the Ballon d'Or one day, for sure, like [Karim] Benzema is going to this year. I think he will be amazing.

"The 18-year-old boy who came to Castilla, he is not who we see today. Every year he improves.

"We've got no problems with Vinicius' contract extension. We're on it, no issues. He received some proposals but he always said: I only want to stay at Real Madrid."