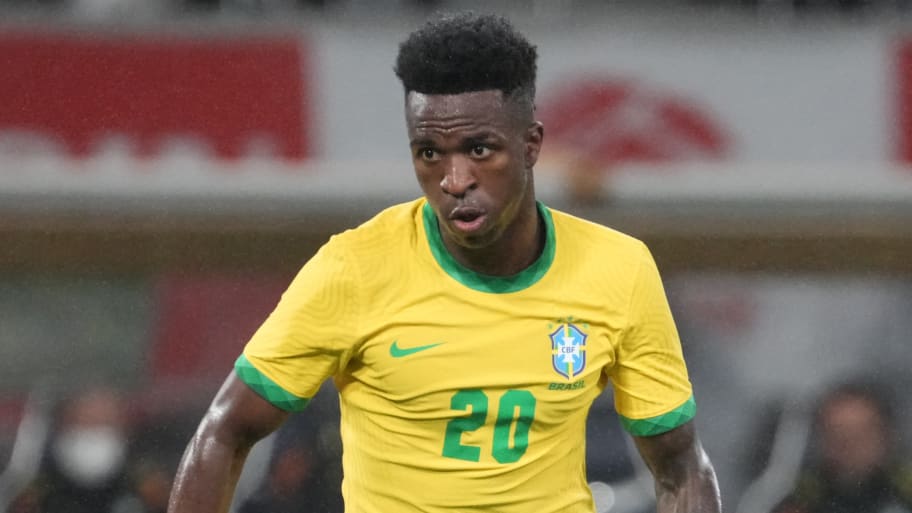 Brazil manager Tite has urged Vinicius Junior to continue to be his expressive self in the face of the racist abuse aimed his way in recent weeks.

Criticism of Vinicius' goal celebrations quickly took an abhorrent turn when the Real Madrid winger's race was brought into things, with Atletico Madrid forced to apologise for abuse aimed at him during the recent Madrid derby.

Vinicius has insisted that the abuse will not impact his performances as a player, and now his national team boss Tite has urged him to keep doing all the things that make him unique.

"I have taken some time to speak about this publicly and I'm not usually one to do this sort of thing," Tite began. "Brazil is always respectful of their rivals. Now, Brazil belongs to Vini - not only Vini, but to all the players.

"To all those players, Vini and the rest, we have told them to continue to bring your talent and your art to those of us who love football. Dance, shine and continue to be you in your essence. Always. That is the essence - the joy, the vibrations, the celebration."

Tite continued: "In the match against Chile at the Maracana, they did a little dance together. There was no contempt for the opponent. I know how to distinguish a provocation from a beautiful act of joy. May they continue to be as happy as they are.

“I know our fans well and it is unacceptable that someone might think they are racist," he told Mundo Deportivo. "Those shouts from a minority embarrass us Atleticos and they cannot stain the image of the club, nor the behaviour and sentiment of the immense majority.”