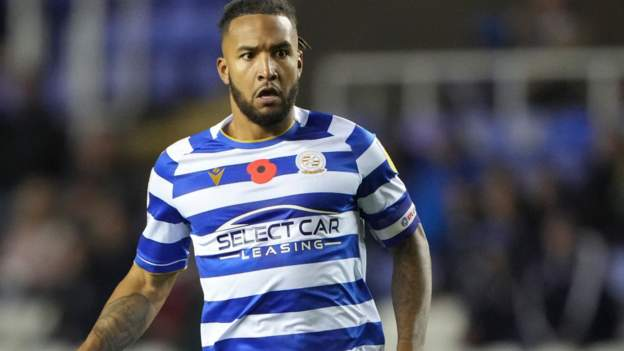 Reading skipper Liam Moore has been stripped of the captaincy at the Championship club after telling manager Veljko Paunovic that he wants to leave.

The Championship strugglers have slipped to 21st in the league, just three points above the relegation zone.

And they have now chosen to make the extent of Moore's discontent public.

A statement said: "We are disappointed that Liam, a player awarded one of the club's most significant contracts, has now stated his intention to move on."

Injury-ravaged Reading's announcement came in the wake of a horrible week, in which they surrendered a half-time lead to lose to non-league Kidderminster Harriers in the FA Cup, shipped seven goals at home to Championship leaders Fulham and again let a 1-0 lead slip to suffer a third straight defeat at Middlesbrough.

In their statement, Reading added that Jamaica centre-back Moore, 28, has stated "his clear desire to leave" for several months.

"Whilst we have patiently waited for his representatives to provide us with options for us to consider in helping him fulfil that request, no offer or opportunity has been presented to the club to date," they said.

"Our club, together with its manager, is intent on selecting players in the first team squad who are dedicated to giving their absolute all to Reading. That starts with our captain. As a result, Moore will no longer be given the honour of our club captaincy."

Reading's owner Yongge Dai has also confirmed his continued support for the club, and given his backing to Paunovic.

"Our owner, Mr Dai, has made significant financial commitment to Reading and continues to invest wholeheartedly in a project which remains very close to his heart.

"Mr Dai is fully supportive of the manager and his decisions and understanding of the hard few months we have endured both on and off the pitch.

"Although we have undeniably experienced a very difficult first half to our season, due in part to an unimaginable injury crisis which has most recently left us devoid of almost all our fit or available defensive options, we still demand loyalty, focus and committed performances from every individual who pulls on a Reading shirt in front of our fans.

"And we expect our players, particularly our new captain, to wear the crest with pride and dedicate their total focus to the club on behalf of its loyal fanbase."