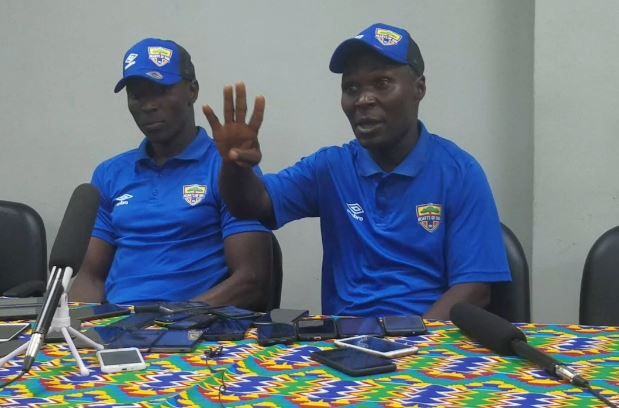 Hearts of Oak coach Edward Nii Odoom has blasted fans for criticizing his players as defensively poor despite a goalless draw against Karela United on Wednesday.

The experienced gaffer stated emphatically that critics must be constructive in their submissions about his team, confirming they have kept four clean sheets.

“With the exception of the result against Bechem United that saw us giving two goals away we have managed to put together four clean sheets so far this season," he said after the draw against Karela United.

"People will say that we make mistakes but they are part of mistakes. What we will do is to correct them and that is our job.

The Phobians are on a run of five games with defeat, but have only won two and drawn three.

The Accra based club are currently seventh on the Premier League table, five points adrift of leaders Ashantigold.