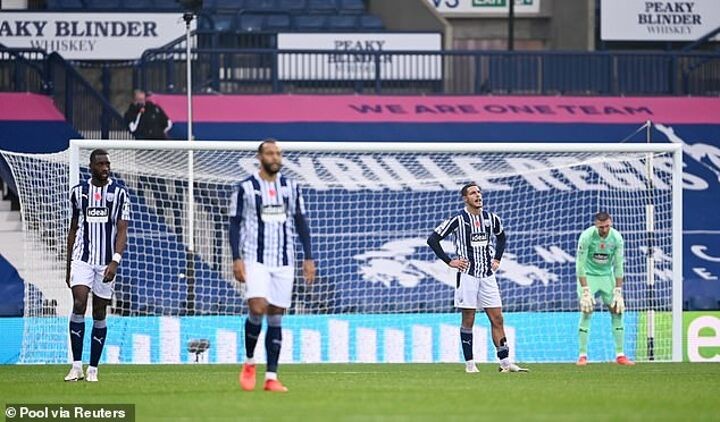 West Brom have been in talks with an American consortium over a potential £150million takeover of the club, according to reports.

Majority shareholder Guochuan Lai and the current ownership have received criticism from some sections of the fanbase over what has been deemed insufficient investment in the squad since completing their £170m takeover in September 2016.

Now according to The Telegraph, Lai - who is based in China - would consider taking a £20m hit to allow the consortium to complete a full takeover, while a minority stake of up to 15 per cent has also reportedly been discussed with chief executive Xu Keas as an alternative in the negotiations.

The report adds Lai turned down an offer from the interested party earlier this year, who themselves are reportedly unwilling to match the valuation with the club's future in the Premier League far from certain given their current position of 19th in the table.

It therefore remains unclear whether a deal will go through at all, but if there is a relatively swift and successful conclusion to negotiations, that could spell some positive news for Baggies fans and head coach Slaven Bilic ahead of the January transfer window.

Bilic was given a transfer budget of less than £50m in the summer after obtaining promotion from the Championship with The Hawthorns club, with the amount severely impacted by the coronavirus pandemic.

The amount still allowed the West Midlands side to bring in exciting West Ham prospect Grady Diangana for £20m, complete a £15m deal with Huddersfield for Karlan Grant and sign midfield star Matheus Pereira on a £9m permanent deal from Sporting Lisbon.

But fans will be hoping that further investment can help lift the club out of the bottom three, with the current board having spent just £86.3m since Lai bought the club from former chairman Jeremy Peace more than four years ago.

That is in stark contrast to the £100m that Fulham invested in the summer of 2018 before their ill-fated spell in the top-flight that season, while Aston Villa had an outlay of more than £130m on 12 players last summer following their promotion before another £84m was spent in the last transfer window.

The report also adds West Brom have written to the FA to demand clarity over the decisions in their 1-0 defeat by Manchester United at Old Trafford.

West Brom were furious after David Coote overturned his original decision to award them a penalty when Bruno Fernandes appeared to foul Conor Gallagher.

The club also maintained Gallagher was fouled in the build-up to United's penalty, which was given for a handball against Darnell Furlong.

Fernandes was ordered to take his penalty a second time after goalkeeper Sam Johnstone was adjudged to have come off his line for the first take.