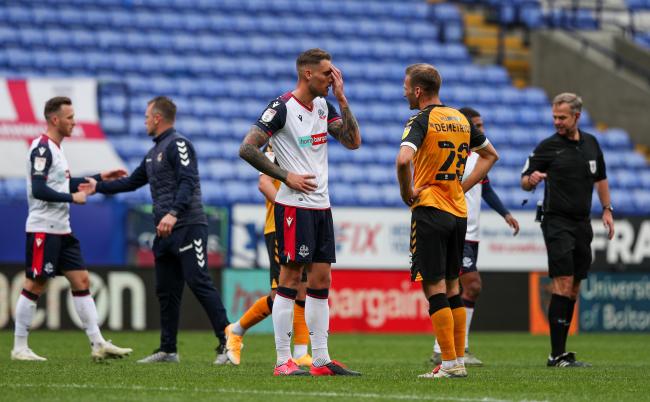 When you consider that Bolton Wanderers were in the Premier League as recently as 2012 and in the Championship just four years ago, the fact they are now in League Two shows a dramatic drop.

So, you would imagine that fans of the club would be disillusioned and angry at how the club have found themselves in this situation. However, that’s not really the case.

Whilst there was resentment to the previous regime, and still will be, there is now a

surrounding the Trotters after years of mismanagement from the top that had left the club on the brink.

With new owners and a new boss, they are ready to embark on what many will hope can be a journey back up the leagues – with excitement and entertainment guaranteed along the way.

We spoke with Ian Evatt yesterday. The interview will be available in FULL from tomorrow.#BWFC pic.twitter.com/Rw1HtyJLIT

Of course, getting out of League Two will not be easy, even if the latest football odds from Betfair has them at 9/2 favorites for the title. It’s still a hugely competitive league and some rival clubs have serious backing, ensuring nothing will be a formality for Bolton this season.

But, in Ian Evatt they have a young, hungry manager who can implement his philosophy on the group and build for the future. Finally, Bolton can look to the long-term and, importantly, Evatt has been handed a large budget by the division's standards to start delivering instantly.

The work the 38-year-old did at Barrow in a short space of time should give every Bolton fan optimism about where they can go. Evatt built a team that was capable defensively and one that excited going forward, which meant they got results with style. And, it ended in promotion – the first time the Bluebirds had reached this level in almost 50 years.

Obviously, the expectation and demands at Bolton will be different to Barrow and that’s something Evatt will have to deal with quickly.

Yet, as touched upon, he has been given the resources to make Bolton a competitive side, with the signing of prolific goalscorer Eoin Doyle a major statement of intent from the club. The Irishman was an integral part of the Swindon side that won promotion from this level last season, scoring 25 goals in 28 league games and he will hope to replicate that under Evatt.

Bolton Wanderers is delighted to confirm the signing of 𝗘𝗼𝗶𝗻 𝗗𝗼𝘆𝗹𝗲 on a three-year deal.

The obvious concerns with the wholesale changes that have taken place at Bolton over the past few months are that they will all need time to gel. Inevitably, some signings won’t work out and players will have to be shipped on as Evatt looks to build his ideal squad.

In the bigger picture though, Bolton can now look forward with excitement – at long last. A club of their size and history has no business playing in the fourth tier of English football but many associated with the Trotters will just be glad to have a team to watch in the Football League.

Now, the challenge of returning where Bolton feel they belong can begin and it’s sure to be a roller-coaster ride on their quest to return to the top.