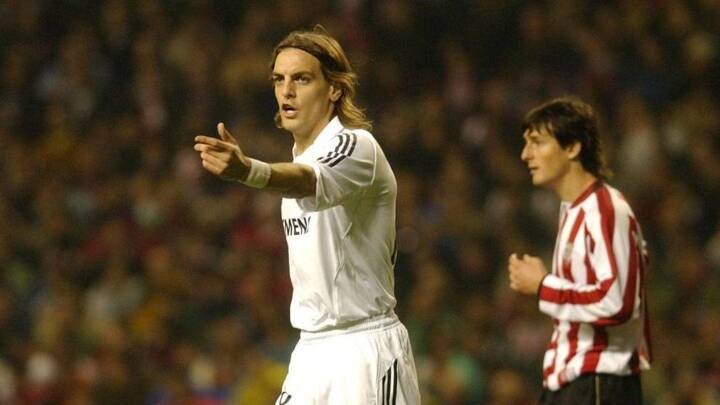 Jonathan Woodgate has given a detailed insight into his time at Real Madrid, where he mentioned that a defeat felt like losing a World War.

The Englishman signed from Newcastle United after a more than impressive spell, but things didn't quite go to plan for defender, as injuries plagued his time in the Spanish capital

"The signing was done and so I traveled to Munich on a private plane to see a specialist who performed surgery on my thigh, because it was ruptured at the time. Then I flew to Madrid and something funny happened," he explained on Jamie Carragher's podcast.

"I had just signed for five years and, while the medical was going on, the doctor came to me and said: 'Jonathan, there is a problem with your MRI. It is not the thigh, it is the back. You have a broken back and it moves. It could be a problem.

"The signing of Gabi Milito already fell through during the medical examination and he never signed so I thought: 'Oh no, my dream is over.'

"The doctor was on the phone with Florentino Perez chatting, blah, blah, blah in Spanish. He got off the phone and told me: 'I told him that your back is somewhat damaged and he replied: Don't worry, we will sign him for four years instead of five.'

Despite complications with the language and other factors, Woodgate praised his former teammates for the way they welcomed him.

"I had more than one coach: Camacho, Luxembourg... the language was complicated but I learned quite a bit," he said.

"At first it was a bit of a nightmare with the language, the injuries, but I was with extraordinary players like Roberto Carlos, Ronaldo... the Brazilians helped me a lot.

"When you go to such a big club you can't even lose in training. Losing a game was like losing a World War.

"Guti surprised me, how he controlled the balls, his elegance. He was incredible in possession exercises, with that left foot."

Woodgate revealed how the shock move came about.

"My agent told me that Real Madrid had followed me since I played in the Champions League with Leeds," he stated.

?"They monitored my progress and then I went to Newcastle. They also kept an eye on me there. We had a great run in the UEFA Cup and then [Didier] Drogba came with Marseille. I was playing my best football and I knew it was my chance.

"So they signed Walter Samuel, from Roma, the Argentinian rock and I thought it was all over but my agent called me and said: 'Real Madrid are going to offer Newcastle 20 million [pounds] for you tonight. What do you want to do?.'

"'What do you think?' I replied. You always want to play for the best team in the world if you have ambition."