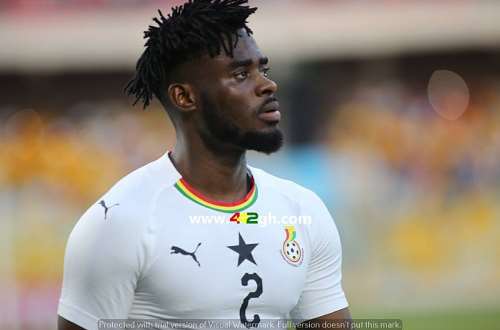 Defender Kassim Nuhu Adams has sent an inspiring message to the Black Stars ahead of their opening game at the World Cup against Portugal.

The FC Basel centre-back is urging the Black Stars to go for victory, wishing the players good luck before tonight's game.

Adams failed to make the team and last played for the Black Stars in 2019, following a run of bad luck with injuries.

Best Wishes to the Ghana Black Stars.  Let’s do this for the motherland, full support," he posted on Twitter.

The Black Stars are making a return to the World Cup after edging rivals Nigeria in the playoffs earlier this year.

Ghana has huge reputation at the tournament, having twice made it out of their group in only three appearances.

The West African nation are one of three countries on the continent to reach the quarterfinals of the World Cup.

Ghana's last game at the World Cup was against Portugal, a match they lost 2-1, courtesy a Cristiano Ronaldo winner.