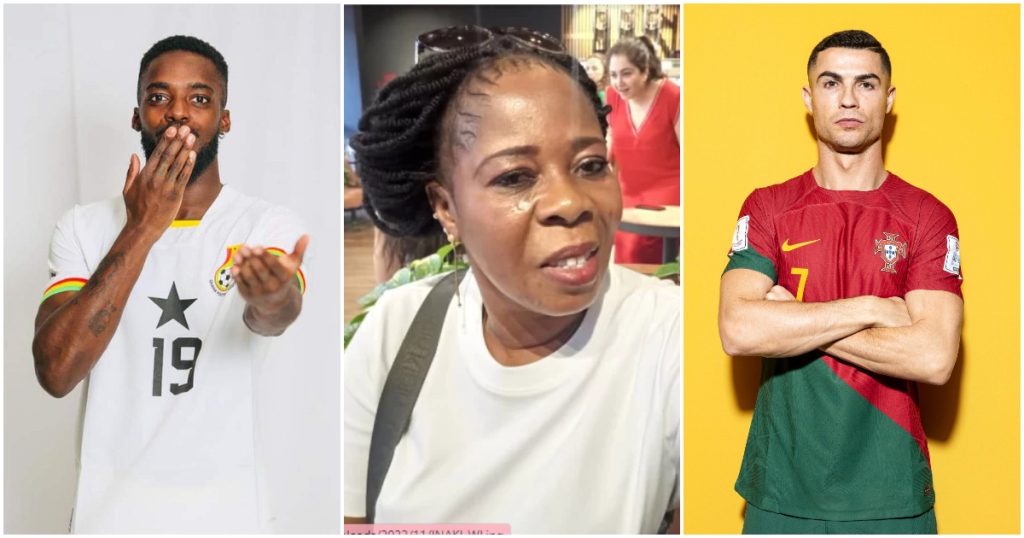 Mother of Ghana forward, Inaki Williams, Madam Antwiwaa Williams has implored her son to get her the jersey of Portugal captain Cristiano Ronaldo.

Madam Antwiwaa is a huge fan of the Portugal icon and while supporting her son to make an impact in the Group H opener, she is also requesting for Ronaldo's jersey.

She also urged her son to not be selfish during the game on Thursday evening at the Stadium 974.

“I have asked Inaki to get me Ronaldo’s jersey after the match because I like him (Ronaldo). But on Thursday, I want Ghana to beat Portugal” she said as quoted by GBCghanaonline.

“I am supporting him to score goals, but I have also told him to pass the ball to another player if he can’t score. He shouldn’t be selfish” she added.

Williams switched nationalities to represent the country of his parents in June 2022. He has since made three appearances for the Black Stars.

The Athletic Bilbao star will be expected to start against Portugal tonight.