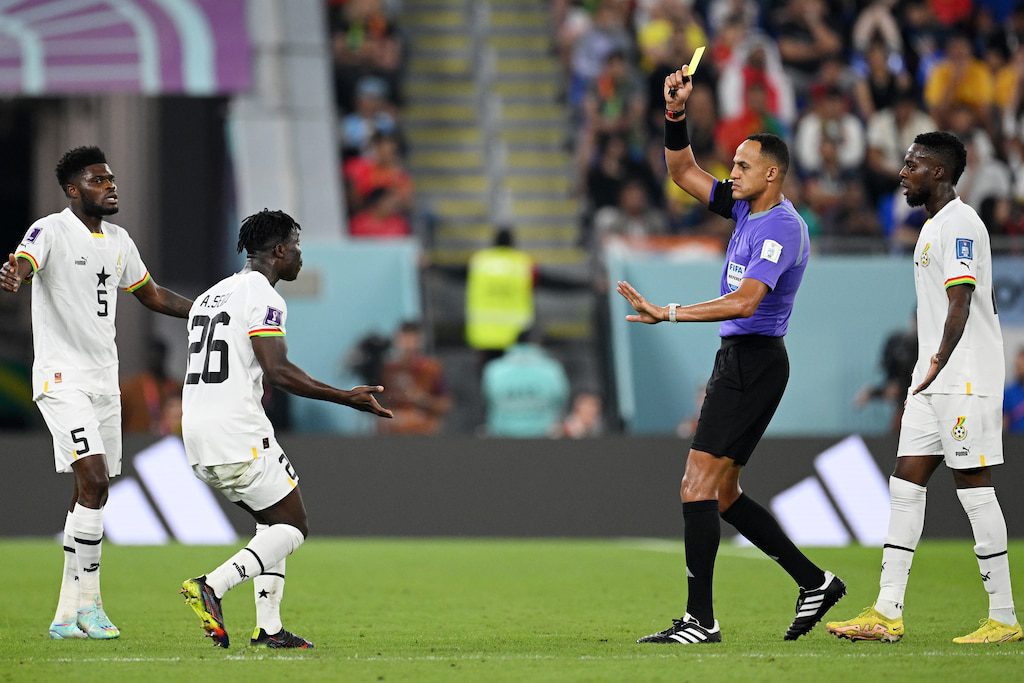 Asamoah Gyan believes it was a wrong decision for referee Ismail Elfath to award a 'soft penalty' to Portugal against Ghana in their opening group match at the World Cup on Thursday.

The Black Stars 3-2 defeat to the European heavyweights at the 974 Stadium in Doha has been overshadowed by the action of the American referee and the VAR officials.

The 40-year-old official has is under the eye of the storm after his poor performance sparked outrage globally.

Fans across the world have been left shocked over the abysmal performance of the referee, with FIFA now under intense pressure to take action and save the image of the tournament.

“The penalty for me… I don’t agree, in my opinion because it was just a soft touch. Although Ronaldo was a bit earlier, it wasn’t a touch that could be a penalty. The referee should have at least checked the video assistant referee and made his decision. For me, I think it was too soft.” Ghana's leading top scorer Asamoah Gyan told SuperSport TV