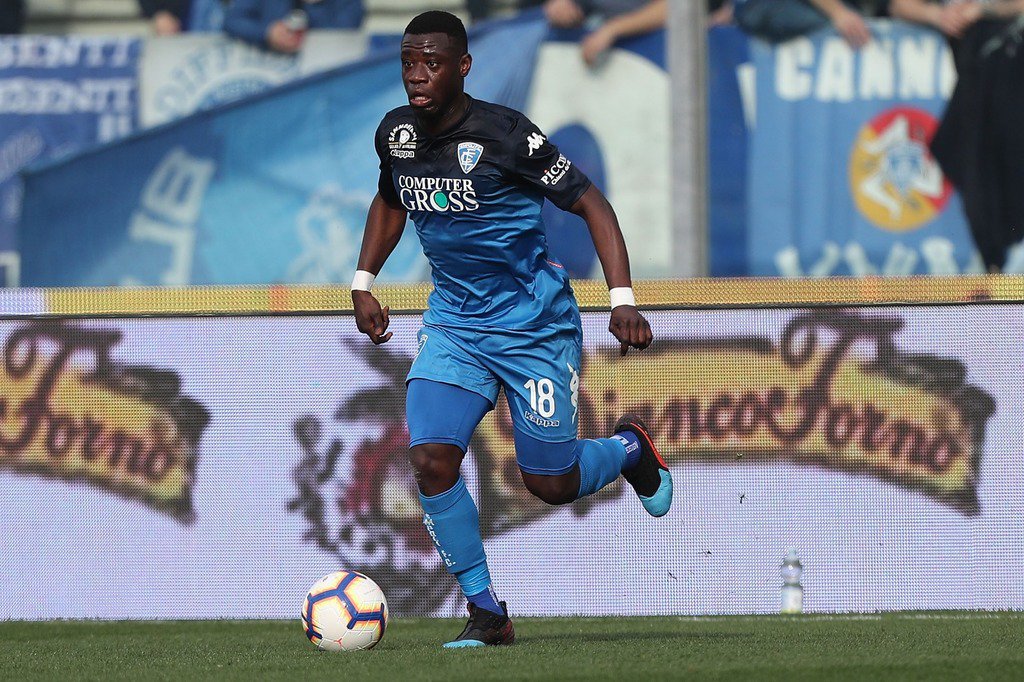 Midfielder Afriyie Acquah reportedly has been considering a move to Major League Soccer.

The Vancouver Whitecaps, alongside the Seattle Sounders, were named as potential destinations for the 27-year-old, who currently plays for Empoli in Italy’s Serie A.

The Whitecaps, in particular, have been outspoken about the fact that they would like to add one or two key pieces this summer.

Scoring goals has been Vancouver’s biggest problem this season. With just 12 goals scored in 13 games, the Caps are currently second from the bottom together with the Columbus Crew in overall goal scoring and have scored just eight goals from open play.

''Yeah, maybe add one player that can get you that,'' coach Marc Dos Santos said after Vancouver’s loss to Atlanta United. ''We think about this every day [adding another player], and that has nothing to do with the belief in this group.''

The knee jerk reaction would be to sign a new forward. But the Whitecaps already have two strikers in Fredy Montero and Joaquín Ardaiz under contract. Furthermore, currently injured, Yordy Reyna has also increasingly been used in the attacking role.

A striker might still be on the shopping list, but reading between the lines, Dos Santos seems to be more concerned about delivering the ball into the final third than the end product in front of the goal.

The Caps are looking for an upgrade on the production line to the forwards. They need someone who can carry the ball from the middle third to the attacking third to help improve the quality of chances.

That description points more toward a transition player rather than a striker — a hybrid of former star player Alphonso Davies and Liverpool midfielder Naby Keïta.

But would Acquah be that sort of player for the Whitecaps? Looking at his advanced statistics on Wyscout, there is certainly a sense the Ghanian could provide an upgrade on what the Whitecaps have at the moment.

Then there are actual attacking actions. Once again Acquah ranks fourth among the existing Whitecaps attacking players with 4.44 completed attacking actions per 90 minutes. Lass (6.91), Venuto (6.13) and Reyna (5.71) may have the more favorable stats in that category, but they achieved their numbers in MLS, which ranks behind Serie A in competitiveness.

In other words, Acquah would fit the profile of the ball carrying attacking midfielder Vancouver is seeking. He could help the Whitecaps in finding more penetration in the final third and play key passes when it matters and would most likely provide a significant upgrade over the players Dos Santos currently has available.

Whether the Ghanian will ultimately join Vancouver remains to be seen, but the statistics show he is the type of player Dos Santos will likely look for during the summer transfer window.