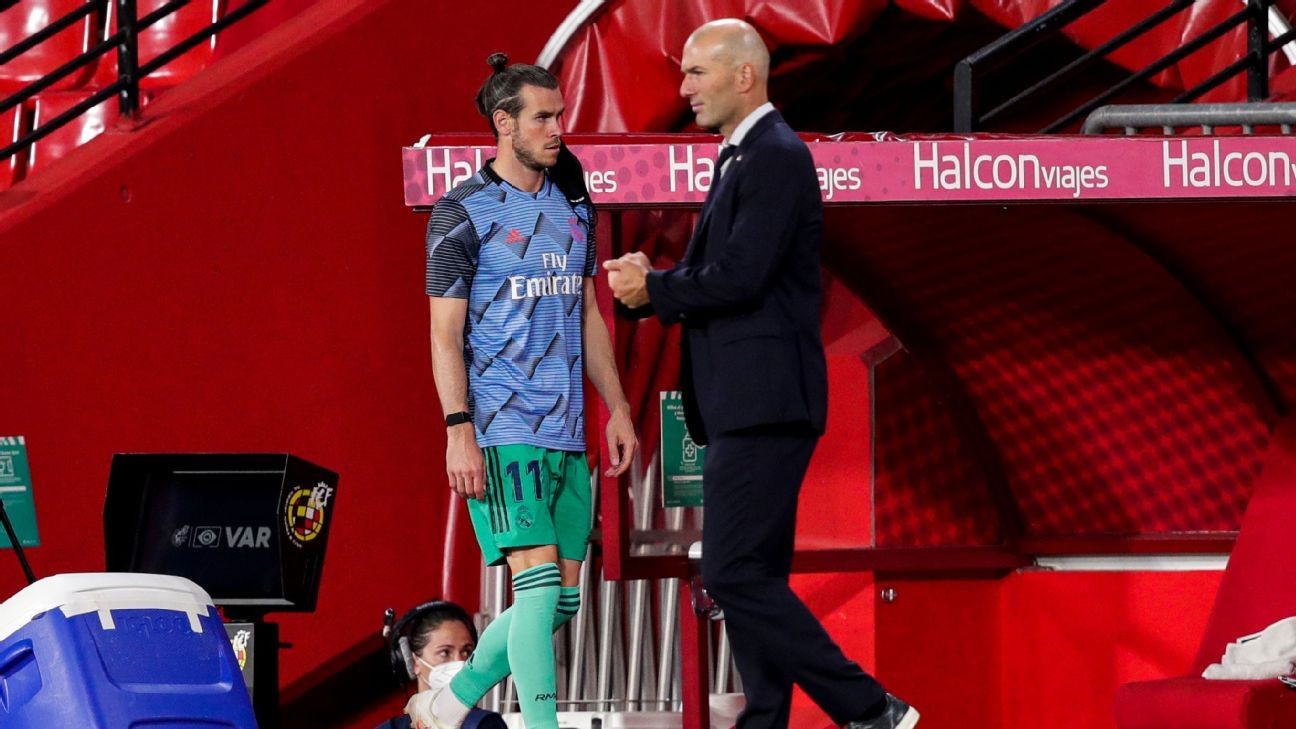 Real Madrid coach Zinedine Zidane has said he has no problems with Gareth Bale as the forward edges closer to ending his seven-year spell at the club and returning to Tottenham Hotspur.

Bale flew to London on Friday to finalise his loan move back to his former club after a difficult final season at the Bernabeu.

Sources told ESPN that Zidane's relationship with Bale had deteriorated to the point that it had "become something personal" and the Wales international was frequently benched, being left out for last month's Champions League clash with Manchester City.

"We've never had a problem," Zidane told a news conference ahead of Madrid's opening La Liga match at Real Sociedad. "I know what he's done for this club. No-one will change that... It isn't done yet, so I can't say more, but we haven't had problems like some say. If there's a change now for him, all I can do is wish him the best.

"I haven't spoken to him. What he's done, he's done it really well, no-one can argue with that. He's won a lot of things here... We know the player he is and what he's done in seven years at Real Madrid. It's what he wants to do. They're things that happen in a team, and in football."

Bale scored just two league goals in 16 appearances last season and was jeered by fans at the Bernabeu, but Zidane refused to accept that his life would be made easier by Bale's departure.

"It's never been a burden," he added. "I have 25 players. It's true we had difficulties when perhaps he didn't play as he should for various reasons, that will always happen, but it's not a weight off my shoulders. It's the job. If it isn't Gareth, this year it will be someone else."

Zidane also denied that Bale should have left Madrid a year earlier, when a move to China fell through.

"I don't think so," he said. "Life is like that. You have to accept things. If he stayed, it was for a reason. The important thing is what the player wants to do."

Bale will be joined in north London by left-back Sergio Reguilon, who spent last season on loan from Madrid at Sevilla

"We have two players in each position," Zidane added. "I have two full-backs [Marcelo and Ferland Mendy] and I can't have three, or four, or five. What we can do is wish Reguilon all the best, he's had a good season at Sevilla, and he deserves to be there playing now with Tottenham."