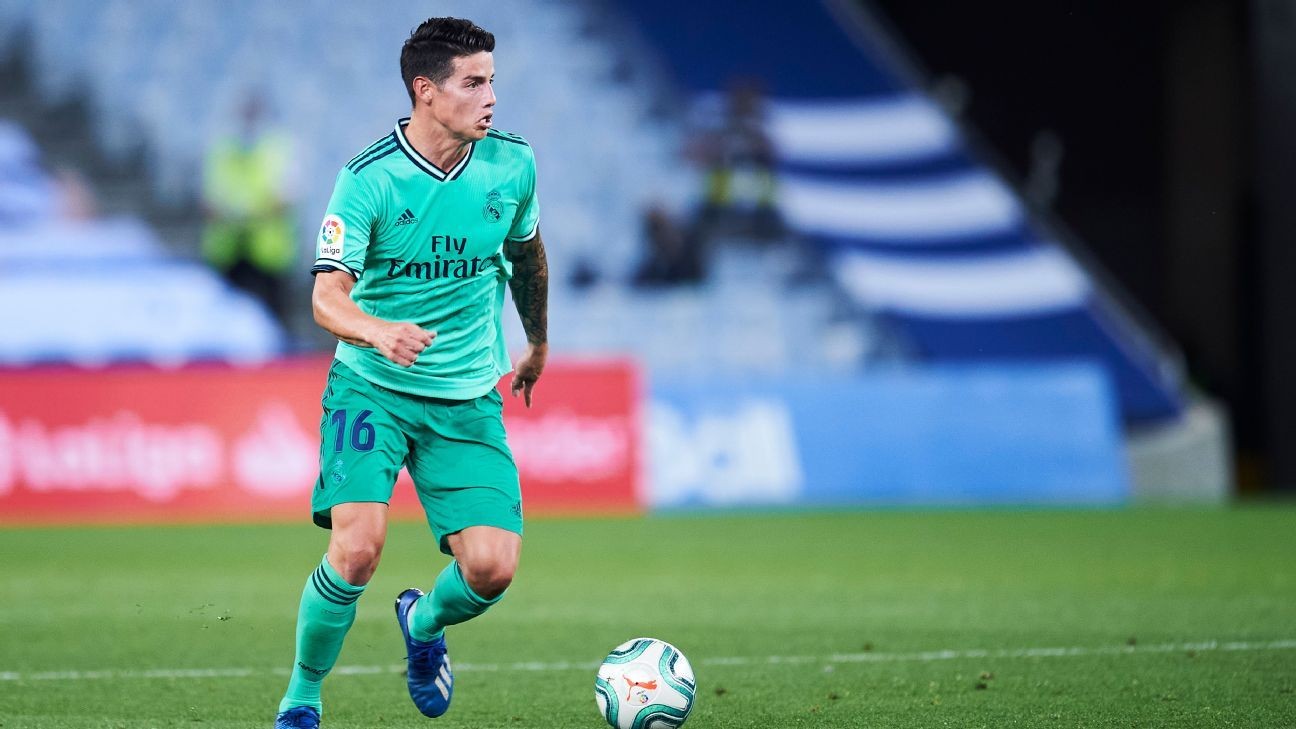 Zinedine Zidane has refused to rule out James Rodriguez playing for Real Madrid for the remainder of the season and said he "won't disregard any player" as the club close in on the La Liga title.

Madrid play their last three league games in just seven days this week -- travelling to Granada on Monday before hosting Villarreal on Thursday and visiting Leganes next Sunday.

James, who turned 29 on Sunday, has been left out of the squad for Madrid's last two matches, with Zidane saying on Friday that he "didn't know" if the midfielder would play for the club again.

"James is an important player, he's always shown it," Zidane said in a news conference on Sunday. "It's his birthday so the first thing is to congratulate him.

"He's a member of the squad. It's true there are players who play more or less, but I won't disregard any player, they're all important. You'll see if he travels to Granada, but I'm counting on all the players I have."

The Colombia international -- who joined Real Madrid in 2014 and returned last year from two seasons on loan at Bayern Munich -- has been linked with moves to the Premier League and Serie A this summer.

James said he wanted to leave in 2019, with Atletico Madrid his preferred destination, before Real refused to sanction the move.

Since the La Liga restart, Madrid have overhauled rivals Barcelona by winning all eight matches and keeping six clean sheets, but have faced criticism for their style of play and the narrow margins of their victories.

"It doesn't annoy me or surprise me," Zidane added. "It's always the same debate. Everyone has an opinion. We have to show we're good in every game and every training session. Everyone will always say what they think of Real Madrid, it's the most important club in history."

There have also been complaints that key refereeing and VAR decisions have gone Madrid's way, with Barca president Josep Maria Bartomeu saying that "it seems it always favours the same [team]."

"Everyone can have their opinion, I don't get involved," Zidane said. "Everyone is free to think what they want. On the pitch we're working to achieve important things, I focus on the effort of the players every day, that's what interests me."

Madrid need six points from their next two matches this week to win the league for the first time since 2017.

However it is not yet clear if the team would be able to celebrate a title win with their fans at their traditional venue, the Cibeles fountain in the city centre.

"It won't be the celebration Madridistas would have wanted, but we'll work on it to guarantee a safe environment. It must be celebrated, but being aware of the current situation. We can't have images of crowds at Cibeles as we've seen in other places."