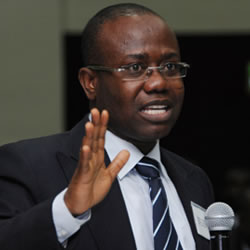 Zimbabwe have received another chance to gear-up for next Januaryâ€™s African Nations Championships (CHAN), following an invitation as guest participants at the West African Football Union B (Wafu) Nations Cup in November.

Ghana are hosts to this yearâ€™s Wafu Nations Cup which will be in its Third Edition and is limited to local-based players.

Eight countries pooled in two groups will take part at the tournament that runs from November 21 to December 1.

Zifa have already confirmed their participation at the contest, where each participant is guaranteed an appearance fee of US$5 000 upon arrival in Accra.

â€œWe have the honour to inform you that Kwesi Nyantakyi, President of the West Africa Football Union B [Wafu] would be very happy to rank the senior national team of Zimbabwe among the teams invited to participate at the third edition of the Wafu B Cup of Nations which will take place in Accra, Ghana,â€ read part of the letter.

â€œThe tournament is played by local teams and it is aiming to give a training opportunity for the preparation of the countries that qualified for Chan,â€ stated the letter.

Of the seven Wafu B nations, hosts Ghana, Nigeria and Burkina Faso have qualified for the Chan finals. Togo are the defeding champions.

The enticing prospect of playing in the Chan tournament is likely to give the Castle Lager Premier Soccer League a competitive edge, as players would be trying to impress Gorowa.