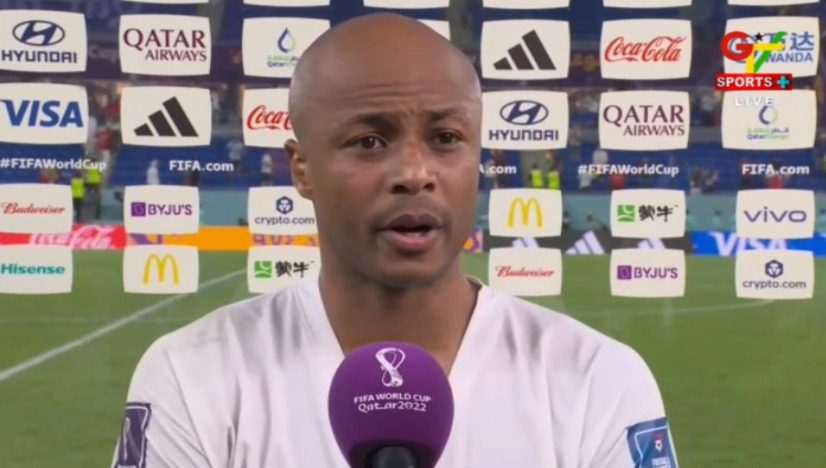 Black Stars captain Andre Ayew has urged calm and believes Ghana will recover from their 3-2 defeat to Portugal in the 2022 World Cup on Thursday.

Ghana's Andre Ayew then equalized, but two goals in three minutes from Joao Felix and Rafael Leao secured the victory and moved Portugal to the top of Group H, despite Osman Bukari's late winner.

'We always come out of difficult situations. We need to stay calm, go home, relax and increase our performance. We need to try and score more and concede less," Ayew said after the game.

Defeat means Ghana are bottom of Group H after Uruguay and South Korea played out a goalless draw earlier on Thursday.

The Black Stars will now turn their attention to their upcoming matches against South Korea and Uruguay on November 28 and December 2, respectively.