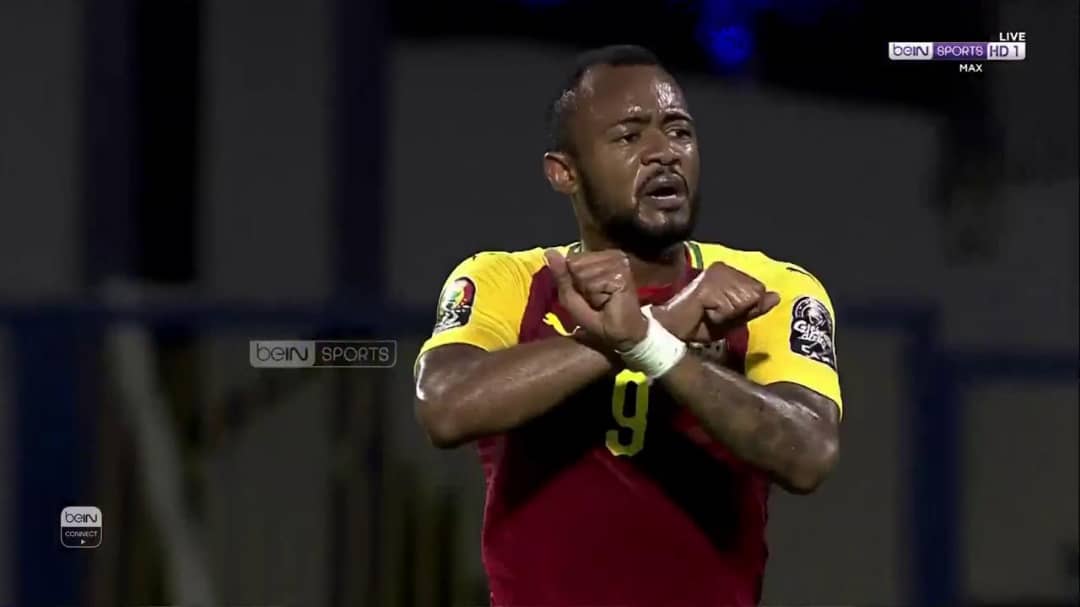 Ghana forward Jordan Ayew has hailed his team mates for their fighting spirit  against the squirrels of Benin on Tuesday in Group F’s AFCON opener.

The Black Stars played with 10-men for about 35 minutes in the second half after Ghana defender John Boye was shown a red card for time wasting.

Benin had scored first through Pote in the second minute and the lead was cancelled by Andre Ayew in the eighth minute of the first half.

Jordan Ayew put Ghana in front with a super strike before the end of the first half.

The Crystal Palace forward was impressed with fighting spirit of his team mates as they prevented the Squirrels from getting a victory after playing with 10 men for the greater part of the second half.

“I think we deserved to win. After we got the red card... It's part of the game," Ayew told Caf media after receiving a Man of the Match award.

"The most important thing is we have to congratulate the guys because [it was] 10 against 11 [and] we managed to get a draw.

We have two more games. If we continue like this, we need to work hard. I have total confidence in the boys.

"We showed a good fighting spirit so it's positive for the next game. I think we did a good game. We still have two matches to go.", he concluded.