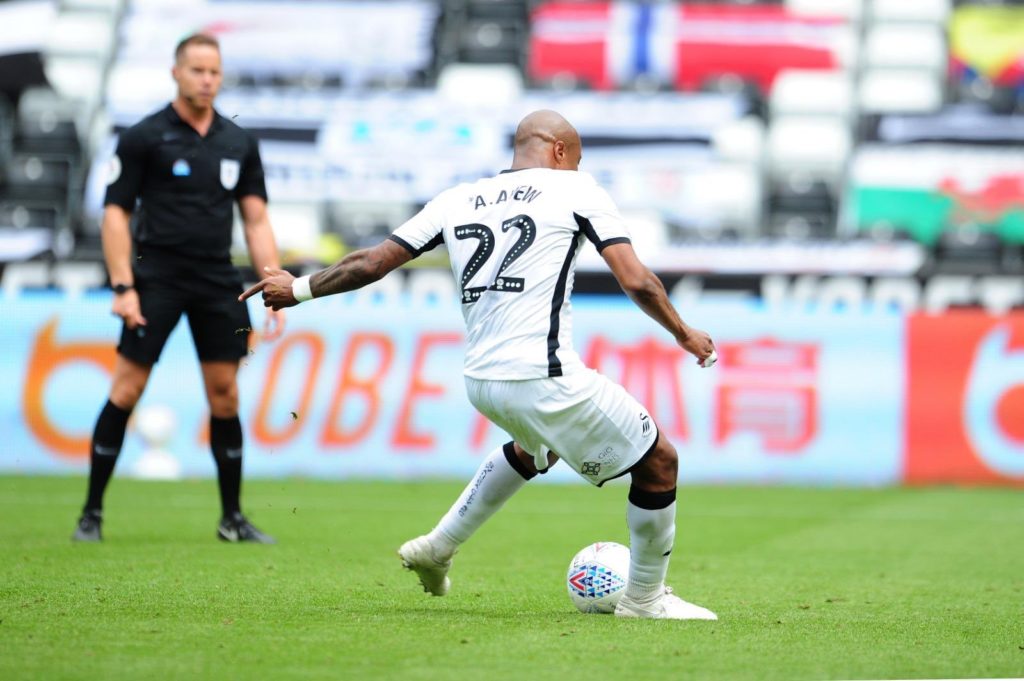 Andre Ayew took to social media to express his excitement after scoring to help Swansea City to secure hard-fought victory against Sheffield United in the English Championship on Sunday.

The Black Stars skipper scored the second goal in the 2-1 win at the Liberty Stadium which ended the Swans poor run of results as they returned to winning ways.

Ayew stepped forward to double the lead with his 66th-minute strike from the penalty spot after Liverpool loanee Rhian Brewster had opened the scoring.

The victory boosts Swansea’s chances of securing a playoff spot as they currently lie eighth in the Championship table.

Always good to score⚽️ but most importantly 3 points.. still in we keep going!⚪️⚫️ love to see my bro Mike back ! ❤️ #jackarmy pic.twitter.com/vmUFxivaWz

Ayew is currently enjoying his best scoring form in a season in his career with a contribution of 16 goals and six assists for Swansea across all competitions.