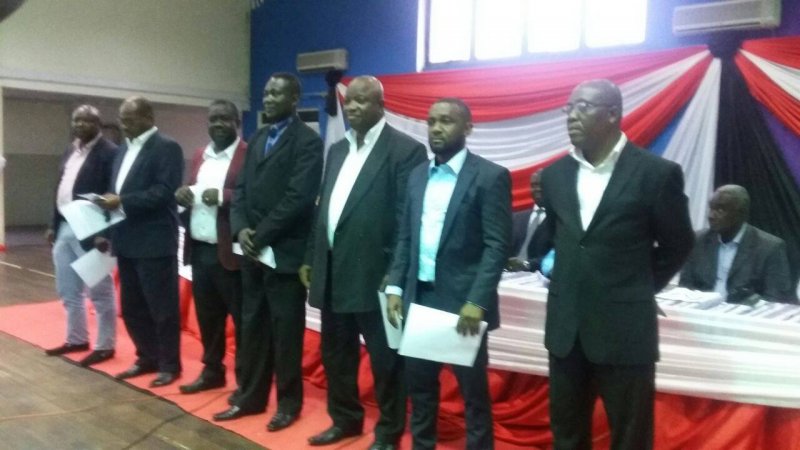 Ghana League Clubs Association chairman Kudjoe Fianoo and his executives are facing impeachment proceedings ahead of Thursday's emergency meeting, in what could turn out to be a "Thrilla in Manila".

Representatives of football clubs have hatched a plan to boot the executives out over "incompetence and misconduct".

The leadership of the club's umbrella body is under siege amid widespread claims they have worked against the interest of clubs in the West African nation.

That suspicion has been fueled after the executives failed to show up at a crucial stakeholders forum to wrestle the statutes from the Normalisation Committee on Tuesday.

The clubs have resolved to boycott Thursday emergency meeting being organised by the umbrella's body.

However, the GHALCA executives could be in for baptism of fire if the meeting go on as planned with members keen on booting them out of office.

Techiman Eleven Wonders manager Takyi Arhin has given given the clearest indication of the mindset of congressmen and women.

"The GHALCA executives should be careful. We ain't joking and they will see their smoothness level," he told the Ghanaian media on Tuesday.

"They failed to show up here and signs are clear on the wall. They have not accounted for their stewardship.

"If they go ahead with the meeting on Thursday, they will be surprised at the outcome. We may not even attend, but if we do, some will  be shell-shocked.

"We will impeach them if it becomes necessary. They have failed as group and they have no business being there."

Local football clubs want the executives binned for undermining the progress of football in the country.

Their boss, Kudjoe Fianoo has been accused of failing to render mandatory financial account of his stewardship sine assuming power three years ago.