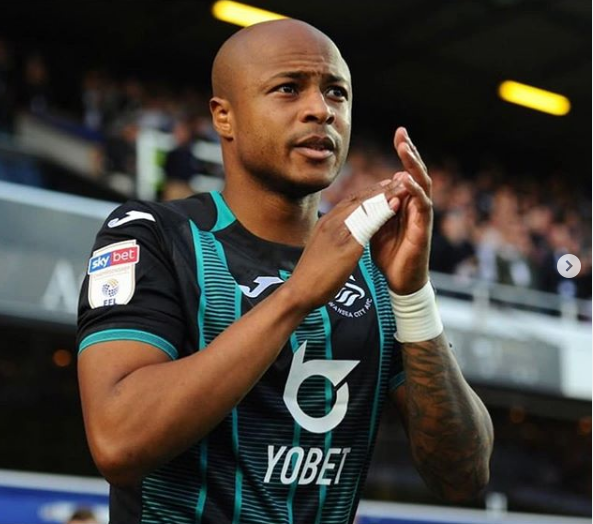 The Black Stars captain is currently having a good time with Swansea in the Championship showing some glimpses of brilliance in his performances so far.

Ayew netted twice for Swansea in the Caraboa Cup a week ago as well as provided two assists in their game against Queens Park Rangers in the Championship on Wednesday.

Swansea are desperate to keep the Ghanaian at Liberty Stadium to help their fight for Premier League promotion in the English Championship.

Baston believes Andre’s quality will be of great immense to the club should he stay despite interests from other clubs which has been confirmed by the manager Steve Cooper.

"Andre is a really good player," Baston said as reported by Dai Sports.

“I’m really happy to play with him and I hope he stays here with the team and with me.

“I think we have a lot of high quality players here. The gaffer has a lot of options in the front line.