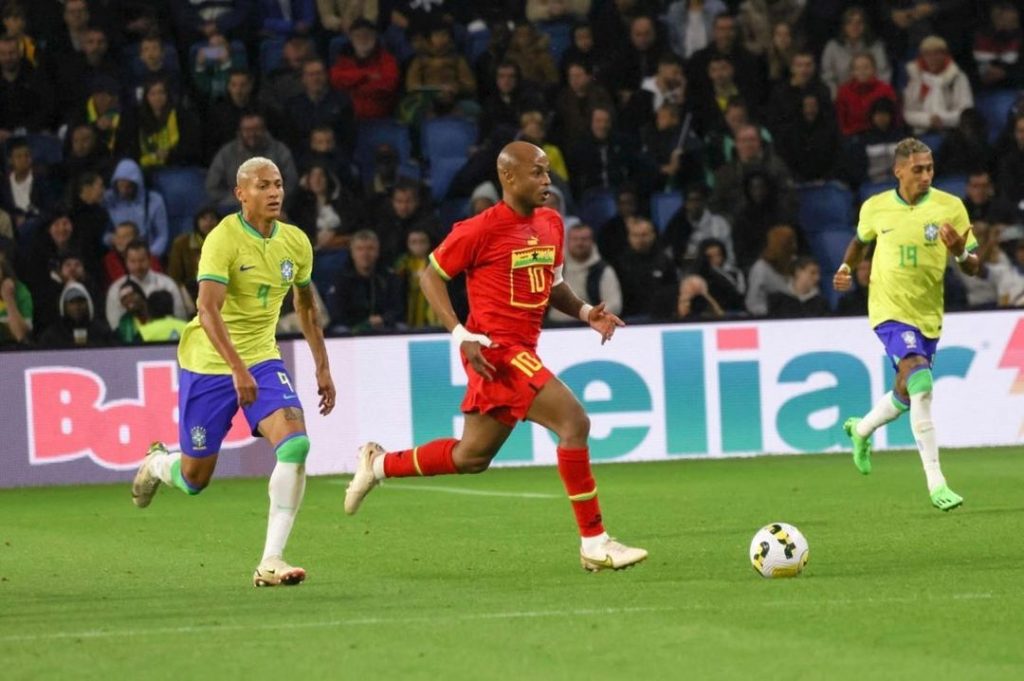 Ghana captain Andre Ayew received a standing ovation after being substituted against Brazil on Friday in Le Havre.

Fans stood up to applaud the former Marseille star as he walked off the field in the 71st minute, with Antoine Semenyo taking his place.

It was his 108th appearance for Ghana, and he gave it his all. Ayew began in an unfamiliar central midfield role, but he did not put a foot wrong

On the night, Brazil dominated the first half, with Tottenham striker Richarlison scoring a brace after Paris Saint-Germain centre-back Marquinhos gave Brazil the lead by nodding home a ninth-minute corner from Raphinha.

Ghana’s next match is against Nicaragua, and Addo’s men are expected to defeat the minnows in Spain easily.

If Ayew plays in Tuesday's match, he will tie Asamoah Gyan (109) for the most caps for Ghana.

Ayew made his Ghana debut as a teenager in 2007 and has risen through the ranks to captain the four-time African champions.

Ayew has scored 23 goals in 108 appearances.

With 10 goals in the Africa Cup of Nations, he is Ghana's all-time leading scorer in the continent's flagship competition.