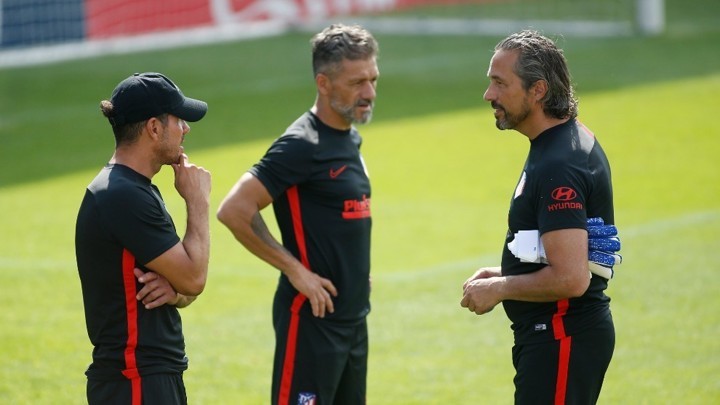 German Burgos' successor as Atletico Madrid's assistant coach, Nelson Vivas, is a man that shares the same philosophy and ethics as his boss Diego Simeone.

Cholo's passion for hard work and effort is in his former teammate's DNA ever since their time as players.

Vivas was Simeone's assistant between 2006 and 2011 and the two men were the only members of the coaching staff wearing suits in games.

When he had to part ways with his compatriot, Vivas followed a head coaching career in Argentina.

He always focused on scouting rivals and adapting his team's tactics, and these days Vivas is the one suggesting new ideas for Atletico's training sessions.

At the end of each season, he gave Simeone a notebook on which he outlined what was done in every session during the campaign, including absentees, player performances and tactical work carried out.

Vivas' mentality, organisation, effort and work rate are the virtues that got him where he is now.

The order in his fridge and wardrobe, as well as the perfect harmony of every object inside his house are there to prove his obsession with organisation.

Vivas has participated in a World Cup and two Copa America tournaments with Argentina.

He played for Arsenal, Inter, River Plate and Boca Juniors, and he was coached by legendary tacticians such as Cesar Luis Menotti, Carlos Bilardo and Marcelo Bielsa.