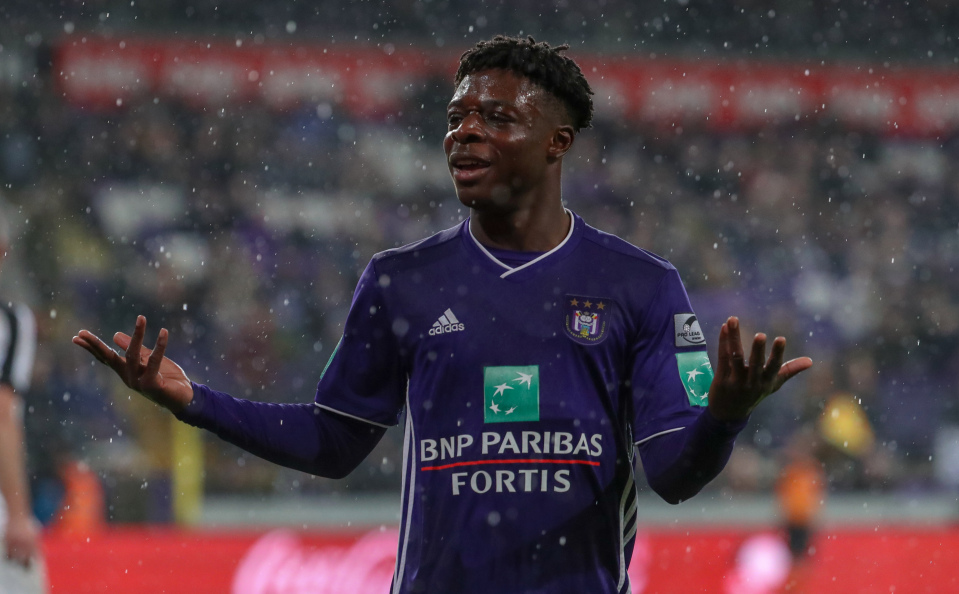 Anderlecht teen Jérémy Doku has been discussed at  Real Madrid as his future continues to whirl across Europe.

Spanish portal with links to the Spanish giants Defensa Central has reported that the 17-year-old has come under radar at the Santiago Bernabéu.

The youngster, who has been linked with English giants Liverpool, has had a  fantastic season in the Jupiler League.

The young prodigy has received rave reviews in the Spanish media for his explosiveness and flexibility in attack and has been compared to Liverpool forward Sadio Mané.

Doku, who has rejected a chance to represent Ghana at the international level,  has already made 30 appearances in all competitions for the  side this season, scoring four goals and providing three assists so far.

The forward is fast and technically gifted to attract the lenses of several top clubs in Europe.

At just 17, he has been tipped to reach his full potential in the not too distant future.

He has a contract with the Purple and White until June 2022.