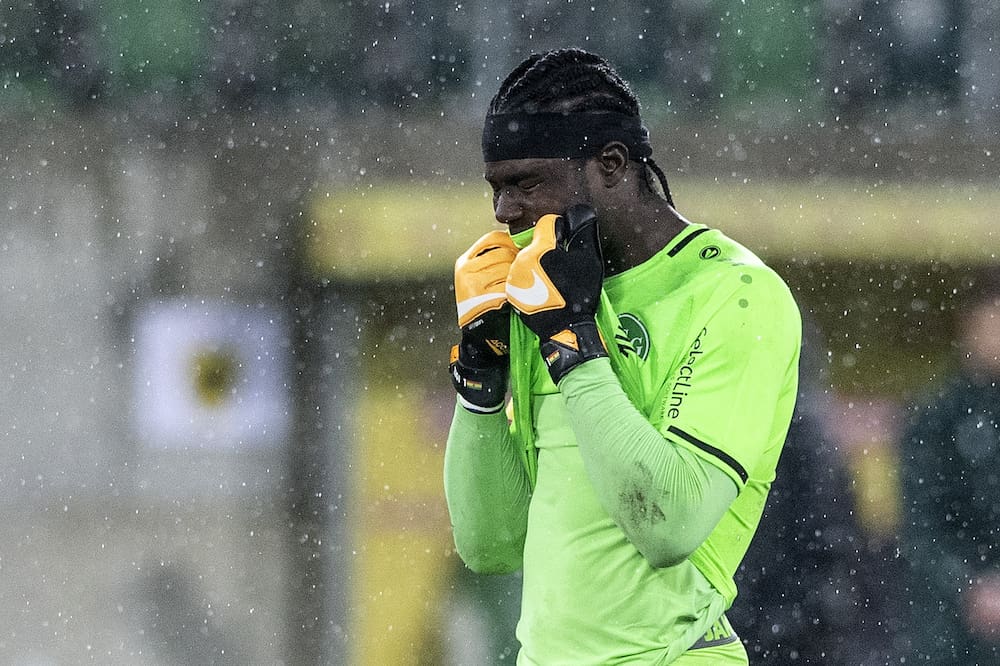 Lawrence Ati-Aigi in under pressure in Switzerland

Swiss top-flight side St Gallen are under pressure to report Ghana goalkeeper Lawrence Ati Zigi to the health authorities of the country after several confirmed coronavirus cases with the recent Black Stars squad, Ghanasoccernet.com can exclusively reveal.

But St Gallen have strongly rejected those claims insisting that they have strickly followed the health guidelines of the government over the return of the Ghana international's return to the team's training insisting tests shows he is healthy.

The Swiss top-flight side say Ati-Zigi had no contact with the five players of the Black Stars who have so far been confirmed to have tested positive for the disease.

The 23-year-old returned to training with his club on Thursday but the action has sparked comments in the local media that the Black Stars goalie has violated health instructions of the Swiss government.

The are fears the first-choice St Gallen goalkeeper could infect his team-mates and players of FC Luzern when the two sides play in their league encouter on Sunday.

That is because persons who have come into contact with infected persons of coronavirus must first report to the health authorities in Switzerland and must undergo a compulsory 14-day quarantine.

With five cases confirmed with the Ghana national team players and an official following last week's friendlies against Mali and Qatar, the Swiss media expected Ati Zigi to go into quarantine.

Apart from the five players confirmed to have contracted the virus, Ekuban has been hospitalised in Turkey after showing strong symptons of coronavirus with a very high temperature.

“We had Zigi tested independently of the positive corona cases in the national team,” St Gallen spokesman David Gadze told the BLICK newspaper adding that, “until the negative result was available on Wednesday evening, he was isolated".

"He is healthy and symptom-free. We strictly adhere to the protection concepts and do not take the risk that a player starts training untested and infects other players."

Despite the virus wave in the Black Stars, Zigi does not have to be in quarantine, which the Swiss health authorities prescribe even in the event of an initial negative test because for isolation there must be close contact with infected people.

It is not clear with St Gallen will play Ati-Zigi in Sunday's league match following the reports in the Switzerland's biggest newspaper.

Apart from the five players confirmed to have contracted the virus, Ghana striker Caleb Ekuban has been hospitalised in Turkey after showing strong symptons of coronavirus with a very high temperature.